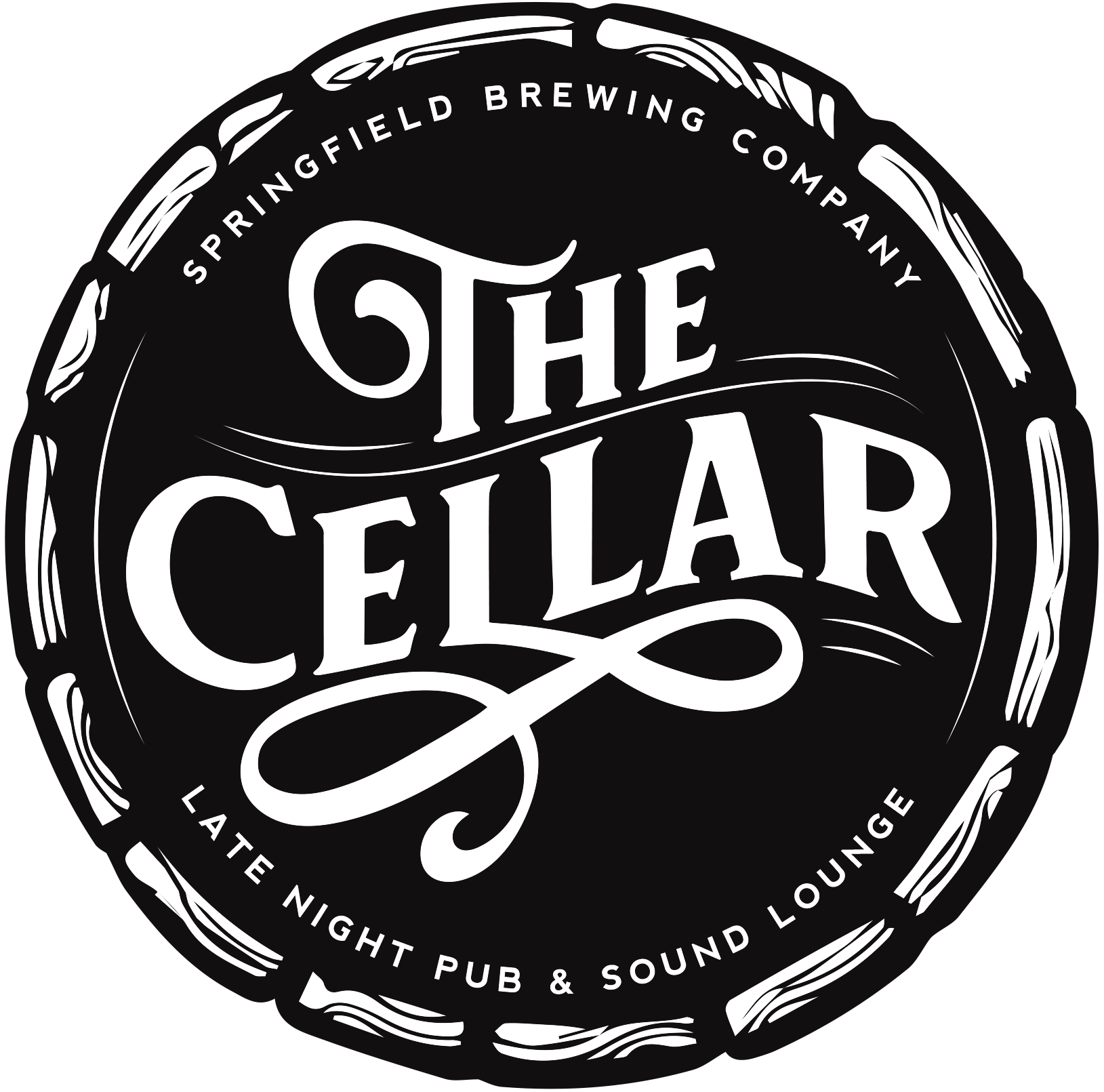 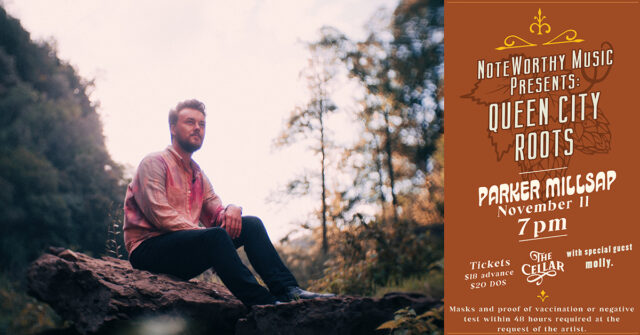 NoteWorthy Music is pleased to welcome Parker Millsap back to Springfield, Missouri—this time as the premiere performer in our Queen City Roots concert series, a widely varied musical entity, showcased at The Cellar on Thursday November 11, 2021 at 7pm.

**This show has been booked by Noteworthy Music and at Parker Millsap’s request entrance into this show will require a NEGATIVE Covid-19 test within 48 hours of the show OR proof of vaccination Covid-19 and once inside wearing a mask is required when not eating or drinking.**
“… a pristine listening experience …” ~ Rolling Stone
Parker is a Nashville-based singer-songwriter whose fifth album, Be Here Instead (2021), has garnered considerable air-play and positive attention from the heavy-hitters of the musical press, not to mention Sir Elton John.
“Last night in Atlanta, I saw one of the best concerts I have ever seen. Parker Millsap & Sarah Jarosz. Both were astonishingly good. … It restored my faith in music.”- Elton John
In an interview with Rolling Stone, which lauded Be Here Instead as “… a pristine listening experience …,” Parker said he discovered “the importance of being gentle and open” in creating Be Here Instead and shared that “the point of music is never to hit the notes exactly right. It’s to convey emotion, and some sort of imperfection causes emotions to arise.”
American Songwriter praises Be Here Instead as an “excellnt alternative”: [T]hese unexpected twists and turns [make] Millsap’s music so compelling. That, in itself, is one reason why Be Here Instead offers such a striking alternative from practically everything else that’s out there. It reflects, by all measures, a solid burst of brilliance.
Be Here Instead emerged from a wild alchemy of instinct, ingenuity, and joyfully determined rule-breaking. In a departure from the guitar-and-notebook-based approach to songwriting that shaped his earlier work, Parker followed his curiosity to countless other modes of expression, experimenting with everything from piano to effects pedals to old-school drum machines. As those explorations deepened and broadened his musical vision, Millsap soon arrived at a body of work touched with both unbridled imagination and lucid insight into the search for presence in a chaotic world.
In looking back on the making of Be Here Instead, Millsap points out that his recently discovered love of painting also informed the free-flowing creativity he brought to the album. “I very quickly found out that watercolors are really hard to work with: you have to embrace your mistakes, and then let them guide you along. It’s made me think about how when you mess up, you’re basically revealing your humanity, which is what music’s all about. When I listen to records, I love when Ray Charles’s voice cracks, or when you hear the squeaking of the kick-drum pedal on a Led Zeppelin song. Anything that shows the living, breathing quality of the whole thing—that’s always wonderful. That’s what we’re here for. So don’t be afraid to let it happen.”
To learn more about Parker, visit https://www.parkermillsap.com/

THURSDAYS ARE BACK with Domino Kings